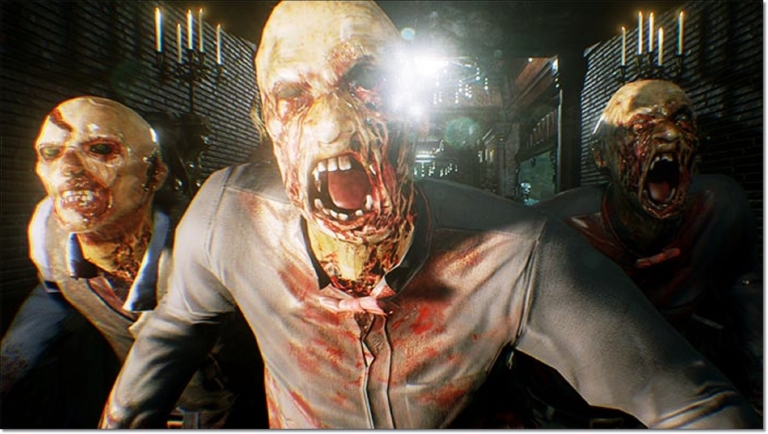 In an unexpected move Sega have revealed that the House Of The Dead franchise is to return to arcades across Japan this month. Dubbed House of the Dead: Scarlet Dawn as opposed to House of the Dead 4, the new game in the series still retains all the hall marks which made it’s predecessors a huge hit among lightgun gamers, however the cabinet Scarlet Dawn comes in features a number of new mod-cons including an air cannon, vibrating seats & external lighting to attract onlookers.
Sadly given the near complete decline of arcades here in the West we’re unlikely to ever see House of the Dead: Scarlet Dawn outside Japan, that is unless Sega decide to treat us to a console port.

One thought on “Return To The House Of The Dead.”