Its been a good old while since the last Nintendo Direct so anticipations were understandably high for the event’s return earlier this week, but did it deliver?
The answer to that question really does depend on A, how much you want to play a HD re-release of The Legend of Zelda Twilight Princess on the Wii U and B, how much do you want to play as Cloud Strife in Smash Bros.? If these are two gaming dreams of yours then yes, this Nintendo Direct was a damn good one as both Twilight Princess HD and the addition of Cloud to the Smash Bros. roster are going to happen, however beyond that both the 3DS and Wii U line ups have a certain, déjà vu quality about them, with Nintendo choosing to roll out videos of Star Fox Zero, Mario Tennis Ultra Smash, Xenoblade Chronicles X, Hyrule Warriors Legends and Fire Emblem Fates yet again as opposed to anything really new. Hell Pokémon Red, Blue and Yellow even made an appearance with news that all three games will be made available on the DS Virtual Console next year and that summed up this Direct almost perfectly, we’re in for a lot more of what we know than what we don’t. 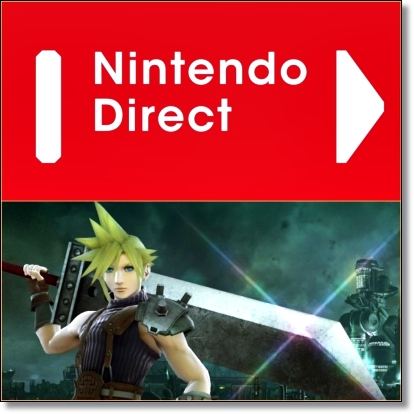