Square Enix are working on a brand new title for the Xbox 360, PS3 and PC dubbed Murdered Soul Suspect, an action adventure which will see players taking control of recently deceased detective Ronan O’Connor who, from the afterlife no less, must investigate his own murder and  bring his killer to justice. Murdered Soul Suspect is set for an early 2014 release date but to tide you over until then here’s what Square Enix say you can expect from the game and a trailer.
“Ronan is free to explore the town of Salem, Massachusetts, from his shadowy afterlife. Unable to communicate with the detectives on his case, Ronan must read the minds of the living, influencing their thoughts and actions. As part of his investigation, he must interrogate the ghosts of Salem’s past citizens to piece together the puzzle, while battling demonic spirits to save his soul and uncover the shocking truth about who is responsible for his death.” 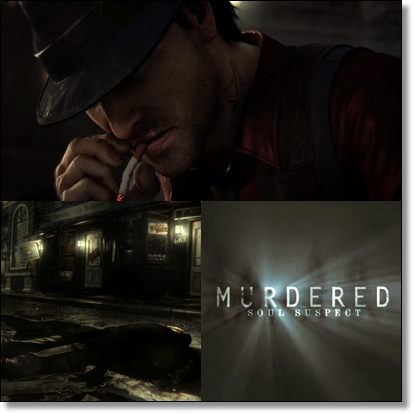